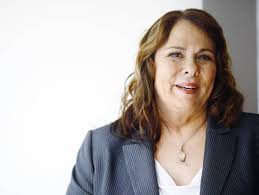 A more spirited debate with very few gaffes, awkward moments or missteps. Obama looked more like himself, Romney looked just as confident and delivered another impressive performance challenging Obama's record on the economy.

He scored again on that front.

Unlike the previous debate though, Obama did counter Romney's loose accusations and took him to task on a strange lapse of memory regarding the characterization of the Libyan attack. He did win on the other domestic issues highlighting crucial differences with Mitt on immigration, women's rights, and education. He also scored big on comparing Romney with George the Younger, but not the way one would have expected.

But the biggest blow was delivered at the end. In what turned out to be routine closing statements, Romney slipped with a "I care about the 100% ," and Obama was handed a gift. He gently and in stride, reminded everyone that privately Mitt was on record as being inimical to the now famous "47%."  It worked well for him because he did not have to force it—it would have appeared tawdry and contrived if he had.

It just fell into his lap.

That clinched the debate for him, given that Mitt was not given a chance to counter that with an apology. (See, this is why Obama did not play that card the first time.) Perfect timing, thanks to the fumble by Romney. It was like kicking a field goal from 22 yards out, thanks to a fumble by Mitt with three seconds left on the clock.

Crowley did a much better job than Lehrer, but then anyone would have, even as she was a little more deferential to Obama resulting in a 4 or 5 minute edge for him.

Now, I am on record as saying that this changes nothing, and the momentum is still with Romney.

So before we see how the landscape changes, from Nate Silver's calculus, here are the figures:

I expect the numbers to change by Friday such that his chances fall to less than 60%, officially making the race a tossup. Then it heads further south next week.

Oh, and a word about the undecided half-wits in the audience asking those questions. Seriously? You are un-fucking-decided at this point?