Finally, it was upon us. The uno of the très mano-a-mano between the RINO Mormon and the Black Muslin from Kenya finally happened. On Leehaaara's (isn't that the way to pronounce it?) watch. Which was not half as painful I thought it'd be. Other than the mundane platitudes replete with talking points from the campaign ads, ninety minutes of oxygen-sucking ensued.

Before this debate, here's what I knew:
and following the debate

Ding! I am still batting a thousand. (If I ignore that Obama's side is definitely not claiming clear victory). 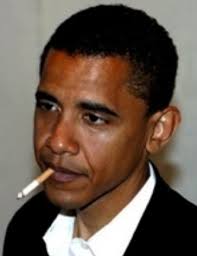 This was about domestic policy, which also meant that his was Romney's best chance to reverse the rapid slide in his campaign in the aftermath of the 47% remarks, the Eastwooding disaster of an RNC, and the home run by Slick Willy at the DNC. After all, if you cannot score points on Obama's most vulnerable turf, you might as well pack it in. Talk about the high unemployment, the sputtering recovery, Obamacare, OMG the debt that started from Jan 21, 2009, and chant "no new taxes" in seven different languages (except Spanish), and you would at least wound the President.

For the most part, Romney did well. He did score in highlighting how bad the economy was, how unemployment has been persistent, and lied convincingly about not raising taxes on anyone while simultaneously promising a reduction in the debt. Also tax cuts.

In response, Obama struggled. To the point where Romney even managed to score points on making RomneyCare look totally different from Obamacare, and not once did Obama manage to ask "Wait, how the fuck will you be paying for it, Mitt?"

Further, he failed to bring up the Republican positions on extreme social conservatism. Here was his chance to sidetrack the policy discussion to abortion, gay marriage, women's rights, etc. His silence on the matter is validation that the Overton window has moved so far right, that liberals no longer care about the assaults on social liberties.

All he had to do was shout *cough*AKIN*cough*!

As to zingers, none were expected, and yet there were a couple. Ill-timed, awkward ones by Romney like "Hey black man, you can fly around in our jets, live in the white house but you are not entitled to lie," and "Trickle down government," where as Obama went with "No, no, please call it Obamacare, I like it," "Donald Trump does not like that he has a small penis," and "Ha ha, Romney said that his plan for funding education is to borrow from your parents" to which Romney responded with Zinger Numero Uno above.

Yeah, it was that insipid!

Anywhoo, no one was hurt, no one died of boredom, but man that Lehrer has to go. He was neither in charge of the debate, nor in charge of his mental faculties, and he kept asking whether there was any difference between the two.

(Hey you fucking idiot, are they both saying remotely the same things? No? Then guess what!)

Clearly that was meant to aid the extremely cretinous faction of the undecided voterards who need monosyllabic answers so that they can pretend to have made an informed decision.

Verdict: Romney 7/10, Obama 5.5/10, and Lehrer made me wish that Obamacare had mandatory death panels for debate moderators named Lehrer.

Romney should see a bump of 1-2 points in battleground state polls, perhaps the same nationally, maybe a lead in more than the Rasmussen poll for the first time in months, and then he'll see it disappear.
Posted by Citizen1729 at 10/03/2012 09:19:00 PM

I imagine Mitt the Twit will get a niniscule bump and fade quickly - but early polling suggests no change in the fave/unfav ratings for either President Obama or the other guy, who, again?

Nate Silver still has Romney at 15% of the electoral vote. I doubt that will change.

And, man, you ought to at least link to Weird Times. Everyone kool reads it.

Oh it'll rise to 30% or so before the elections. I do not think though that there is any bad news remaining for Obama's lead to vanish.

Like I mention, debates have historically done little that even resembles a game-change