What is really at stake in this election?

Just after hurricane/superstorm Sandy has obliterated over $20 billion in property in the Eastern Seaboard, I think it's important to keep the fundamental idealogical differences between Romney and Obama in mind.

Here is a picture from the "I fucking love science" Facebook page. It shows the "golden spiral" overlaid with the center of the hurricane.

This is the rational discussion that one has about hurricanes. They are a result of natural forces, and we as a species has some understanding of how they function.

How did we arrive at this understanding? It's very simple. We've looked at evidence, and made decisions based on that.

So how does this relate to the upcoming elections? It's very simple. One party has such evidence-based decisions on the agenda for the future of this nation. The other does not.

Many scientists have already known for some time that global warming is contributing to both the number and intensity of hurricanes in the North Atlantic. The rate of hurricanes like Katrina and Sandy is currently increasing. It is correlated with the increased global temperature which is shown to be (at least in part) due to human factors like the emission of greenhouse gasses and deforestation. How do we know this? By using evidence and making decisions based on that. The same physics that shows us how to make such predictions of hurricanes and is illustrated so beautifully in the above graphic tells us that increased temperatures lead to more destructive hurricanes. This isn't rocket science (it's geophysics, actually), but think very simply: you're adding energy to a gas. Obviously, when you do this, bad things happen if you're in a contained system. Don't believe me? Heat up your tires on your car, and let me know what happens.

So what does this have to do with Romney and Obama?

Romney simply denies reality and evidence, and does not view that global warming is something that we, as a nation, should be concerned about.


Do I think the world's getting hotter? Yeah, I don't know that but I think that it is, Romney said. I don't know if it's mostly caused by humans. What I'm not willing to do is spend trillions of dollars on something I don't know the answer to.


All across the world, in every kind of environment and region known to man, increasingly dangerous weather patterns and devastating storms are abruptly putting an end to the long-running debate over whether or not climate change is real. Not only is it real, it's here, and its effects are giving rise to a frighteningly new global phenomenon: the man-made natural disaster.

While Romney continues to put his head in the sand about evidence, Obama embraces it and seeks to solve problems according to this.

Is this limited to Romney and global warming? No, of course not. While Romney does at least respond to evidence in other areas (such as the biological process of evolution), the majority of his party does not. Again and again, evidence is ignored by conservatives when making decisions about science, stem cells, women's health, and civil liberties. This is an absolutely catastrophic problem. Evidence-based reasoning has been demonstrated to be correct again and again throughout history, and especially in the last 100 years. Ignoring evidence is a sure way to disasters, in all senses of the word: financial, moral, ethical, and yes, even natural!

We are at a critical junction at this nation's history. We are being asked, as a nation, what direction to take. Do we favor evidence, rationality, questioning, and science, or superstition, dogma, anti-intellectualism and irrationality?

Our very existence may depend on this choice. I implore those who are going to vote next week: our choices make a huge impact. Look around you at the evidence in place. Take a look at the Eastern Seaboard of the US if you're interested in the danger of ignoring evidence. 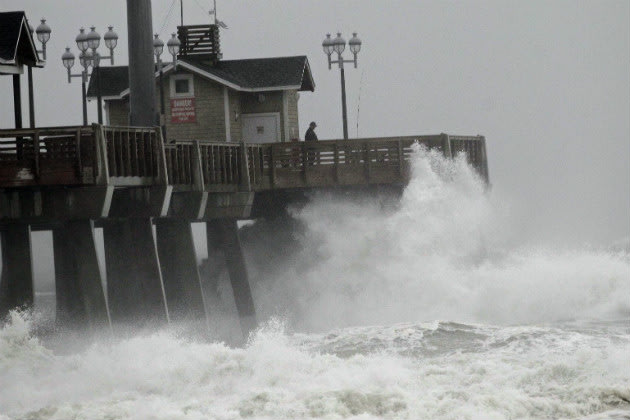 The issue is scarier because Obama only sounds better. He has shown no gumption in spending political capital unless it is a hugely popular issue.

It took till the end of his term basically for him to "evolve" to the same position as Cheney on gay marriage.

When you peel back the covers, what you see is Obama being "for gay marriage", unable to or unwilling to do anything about it at the federal level, and wanting to punt it "to the states."

Same is the case with climate change.

Thanks to our inept media seeped in the false equivalence of "present both sides" when one side is batshit 3% of the scientific community and dwindling, we have not progressed.

I suspect Mitt accepts anthropogenic global warming like Obama, but Mitt + Republican Congress is the real scary thought, and the only reason for single issue voters to go for Obama on this.

But do not be surprised that Obama actually continues with the things that make climate change policy moot-er.

Yes, this is absolutely true. The major problem is with having all three branches of government controlled by the bat-shit minority again. That did not go well the last time around.

It doesn't matter. Climate change had gone well past the recoverable stage several years ago. The saturation of our atmosphere with carbon dioxide is beyond the point where it can be reversed. The real trend of carbon loading exceeds the trend predicted by climate scientists 25 years ago. The hypothetical ability of the Arctic to 'absorb' the excess carbon did not pan out in reality. So...

...the bottom line is, within 15 to 20 years 75 percent of the world's human population will cease to exist.

But hey! Eat, Drink, and Be Merry! for tomorrow...