Many notable politicians were missing at the recently concluded RNC. George the Younger, Barack Obama — although he was immortalized by an empty chair, Rick "Sperm Feces" Santorum... and yes the Palins. Both Alaska Palin and Minnesota Palin were not put on stage. Not by accident, Romney did not want two more clueless wingnuts screwing up things any more than they could avoid.

Well, the Clinton home run at the DNC, followed by a series of serious missteps by Mitt has left the campaign reeling, and in serious danger of free falling into irrelevance.

So naturally some want to change course. A reboot. One such advocate is Paul Ryan, who wants to be "unleashed", say campaign insiders. Now remember that Ryan lied about his marathon time, and his body fat percentage. Inconsequential trivia, but one has to wonder why would you go out of your way to lie about something when you do not even need to mention it. It is eerily similar to Zsa Zsa Gabor lying about her age by altering her birth date on her driver's license.

Ryan lied about a whole slew of things at the RNC, and now wants to go rogue. Think about how badly the Romney campaign is being run that they are actually going to let it happen. 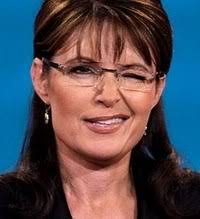 Today, they received unwanted help from unexpected quarters. Discarded by the Republicans like a used condom that Levi should have used, Alaska Palin took it up herself to dish this bit of sagely advice:


With so much at stake in this election, both Mitt Romney and Paul Ryan should 'go rogue' and not hold back from telling the American people the true state of our economy and national security, They need to continue to find ways to break through the filter of the liberal media to communicate their message of reform. America desperately needs to have a 'come to Jesus' moment in discussing our big dysfunctional, disconnected, and debt-ridden federal government

Because what America needs right now is a Mormon and an avowed follower of Ayn Rand (atheist) both going rogue and bringing Jesus instead of ideas. Now, it is a different matter that the said tactic is actually easier to execute than anything the two boobs can cough up.

How about talking about some specifics? Like which loopholes will Mitt close, and more importantly, will Willard agree? Or what will Ryan replace Obamacare with. Or when they'd would expect the deficit to be eliminated from a budget.

Romney must be cursing McCain for picking this incurious grifter over him in 2008. She went rogue then, and has not stopped, and is in the process of fucking up a second campaign.

Zsa Zsa Gabor is younger than my mother?

Kardashians can't hold a candle to the Gabors.

There is indeed hope for America that the only way the Jesus card can really be played these days is by wingnuts who have nothing else going for them. It's a literal "Hail Mary" when the team is 3rd and 12 at their own 30-yard line.

It is heartening to see that without playing the Jesus card, the rest of the Romney platform is complete bullshit. If I were Romney, though, I would be very careful about courting too many of the Christian "base" of the Republican party. They may simply not vote for him because he's not a "True Christian (TM)" and is a Mormon instead.