What To Do In An Active Shooting


I have an extended family member who is a retired homicide detective in Miami, Florida, and he sent us this story titled, What To Do In An Active Shooter Situation by Brett and Kate McKay, which gives some very good background and advice on the reaction psychology of civilians in crisis situations.

TL;DR (I take credit for any errors here and encourage everyone to read the full article in the link.)

- In a study done by the FBI in 2014 (link also in the article). it is noted that most shootings end in two minutes or less. That's not enough time for law enforcement to arrive. So when you hear gunshots in places you shouldn't be hearing them, you don't have much time to think about what you should do.

- When any emergency situation occurs - a shooting or a fire, for example - the natural response of most people is to not do anything. The authors also link to an article about why people freeze in emergencies - for example, the "normalcy bias" causes victims to act like everything is fine - our brains are predisposed to assume that things will carry on in a predictable way.

When the pattern is broken, the brain takes a long time to process the aberration. You overcome inclinations toward passivity by deciding ahead of time what you'll do. 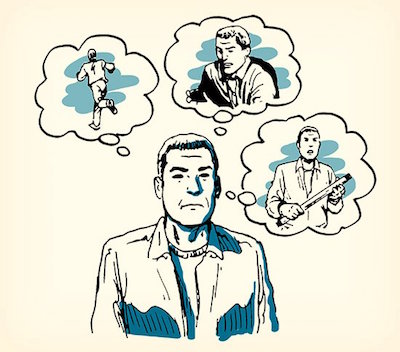 - Time is of the essence in emergency situations, and you'll give yourself a head start by having a plan. This goes back to another post by the authors on the OODA Loop : Observe, Orient, Decide, Act.

- Maintain awareness of your situation. When you're in an open public place, be aware of exits, including nonconventional ones such as through the kitchen when you're in a restaurant. Pay attention to abnormal behavior on the part of others around you.

- Emergency triage: run, hide, fight. You hear shots and screams. What should you do? These are your three options, in the ideal order of action.

- Escape if you can (remember the bias toward passivity and normalcy - most people will cower in fear - get them to come with you if you can, but don't wait). Get to safety and call 911 (don't assume someone else already did).

- If you can't run, hide. And silence your cell phone. If the shooter passes you and sees you, run. It's hard to hit a moving target.

- Last option is to fight. Most civilians think they can't take on an active shooter because - well, the shooter has a gun. The authors link to some examples of people who did, and gives tips on how to do it.

- The authors note that most violent shooters assume that their gun will ensure that no one comes after them. Thus an attacker will have an advantage of surprise. Also, a gun can be shot only in one direction at any one time. Attack from an indirect angle, or as a team if you can organize. Be aggressive and violent.

This is not pleasant to contemplate, but ingrained normalcy expectations and behaviors must be discarded in these situations. Control the weapon first, then the shooter.

There is no downside to being prepared. Sometimes there's nothing you can do, but you may get a chance to act, and you'll have only seconds to decide.
Posted by absolut clancy at 12/03/2015 11:23:00 PM