In 2014, The Washington Post reported that 1000 women every year were dying in Pakistan as a result of honor killings. The Post also asks, "It's the year 2014. Why is this still happening?"

Honor killings target primarily women, because of a prevailing belief that only through the murder of an offending family member can honor be restored to the rest of the family. If a woman is raped in an honor culture, she is not the victim, she is the offender. In Pakistan many women are stoned (although there are no references to stoning in the Qu'ran), and some are shot in cold blood.


One mom and dad allegedly killed their 15-year-old daughter with acid because they said she looked at a boy and they "feared dishonor."
"There was a boy who came by on a motorcycle," her father told BBC. "[My daughter] turned to look at him twice. I told her before not to do that; it's wrong. People talk about us."
The mother added, "She said, 'I didn't do it on purpose. I won't look again.' By then I had already thrown the acid. It was her destiny to die this way."


The Post says that the reason is rooted in sexual inequality in countries where honor killing is practiced, and the punishment has survived through some interpretations of sharia (Islamic law) that say adultery is punishable by stoning. In countries where stoning is legal and widespread men may have the means to hire a lawyer or flee the country, but women seldom have such options. 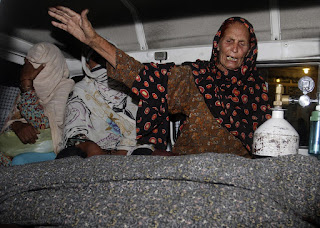 [A family member of a stoning victim in Lahore, Pakistan. Photo credit: ThinkProgress, "Telling the Stories of the Victims of Honor Killings"]

In PBS' Speak Truth To Power, journalist, feminist, and human rights defender Rana Husseini echoes some of The Post's comments in her writing about honor killings in Jordan. Women who have been raped are considered to have compromised their family's honor, and fathers, brothers, and sons see it as their duty to avenge the offense - not by pursuing the perpetrators, but by murdering the victim.

TL;DR of Ms. Husseini's post follows (any errors will be mine): 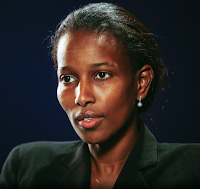 In Honor Killings in America, in The Atlantic, Ayaan Hirsi Ali, a survivor of honor violence including female genital mutilation and arranged marriage, writes of her AHA Foundation's work to address honor crimes in the US. She gives examples such as the young woman, an American citizen, who was taken to her family's native country in the Middle East to marry a complete stranger against her will, because her parents feared she was becoming too "Americanized."

Ms. Ali says that we don't know how many honor killings occur in the US because officials don't distinguish honor violence in their records. In 2000 the UN Population Fund estimated the annual worldwide number of honor killings as high as 5,000, but this number could be too conservative due to underreporting.

The number is also expected to rise with immigration trends over the last ten years showing a significant increase in the number of people moving to the US from countries such as Somalia, with high honor-violence rates.


There is no reason to tolerate human-rights violations in the United States. No religion, culture, or tradition that can be invoked to justify violence against women and girls. You do not need to agree with me about the origins of this problem to recognize its urgency. You just need to agree with me that harming girls is wrong, regardless of faith and tradition.