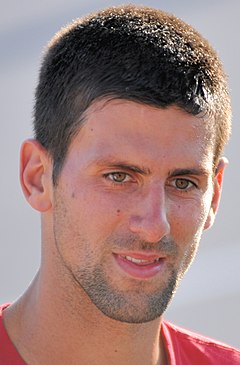 With his emphatic win today in the WTF, Novak Djokovic displaced Federer from the second spot. Fitting too, for after his first warmup, Novak figured in the final of every single tournament he entered, and dominated all surfaces, all comers.  A deceptive 5-3 (only) against the third best (or second best for the most part) player might belie that, but there should be no mistaking his dominance.

A red-lining Wawrinka who played some spectacular tennis in back-to-back matches is the only reason we are not celebrating the best season ever.  That, disappointingly to his die-hard fans, will still belong to Rod Laver in 1969.

It is still all about the slams. You win four of them, and nothing else matters. Laver lost some 16 matches that season, but none of that matters since he won the ones the mattered the most. McEnroe lost only three in 1984, Connors just four in 1974, as did Federer in 2005.

Novak's 82-6 2015 displaced Federer's 92-5 2006 season from the #2 spot.  Federer too had three slams, was just two sets away from the French against the greatest clay courter ever, and won the WTF like Novak did.

But Novak won Master's tournaments on clay.  Two of them.  Federer might have competed hard, but his clay season was inferior.

That seals it without an iota of doubt that we just witnessed the second best season ever. The scary part of it for Novak's opponents next year? He could exceed his accomplishments of 2015 and win the Grand Slam.  Before one gets too exuberant, remember, it could go up in a huff.  Look at Nadal after 2013.  Look at Sampras after his last year at #1.  Look at McEnroe after 1984.