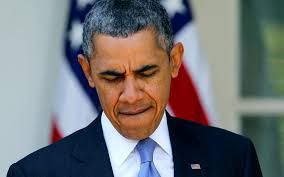 From the New Yorker, here's Obama:


Ultimately, I think the Equal Protection Clause does guarantee same-sex marriage in all fifty states

Now, this is an argument he has never made before. As Toobin notes, his administration, never, in all the cases it argued before the courts made that argument. In fact Obama was opposed to gay marriage until a few months before his re-election, when suddenly he evolved. Note that evolution is never sudden.

His evolved position? Same as Cheney's from years ago. Wanted to leave it to the states.

This was predictable. As gay marriage has become not-illegal in a majority of the states, and is crumbling elsewhere, Obama has an eye on his legacy. He wants to go down as the one who established equality for gays. History unfortunately will judge him to be so, despite being opposed to it for most of his political career, riding the coattails of many a nameless activist who fought for and won the battles in court, and stepping in to take the credit.