Remember the half-governor and full-grifter Alaska Palin?  You should, she's trying to be relevant again, and last week, a sighting outside a damp place was in the news: 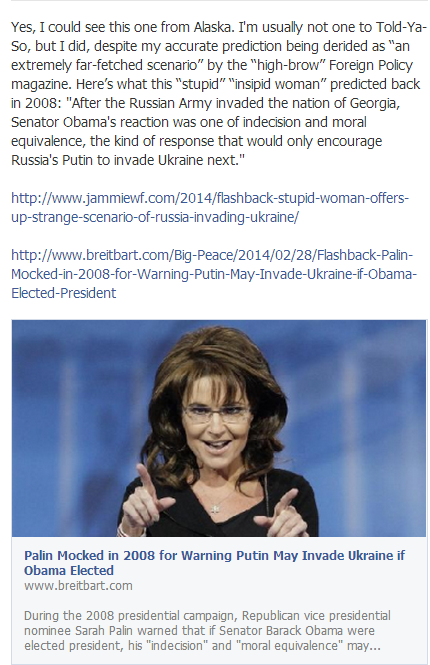 Let's see. While campaigning in 2008 she warned that Putin would seize Ukraine if Obama got elected. Well, Obama did get elected.

And Putin waited till 2014 because...election results from the last two general elections had not reached Russia?