Ever notice how this unique titleholder changes every few months? No?

Well, let me refresh your memory, starting in 2008.

First it was John GET-OFF-MY-LAWN McCain. 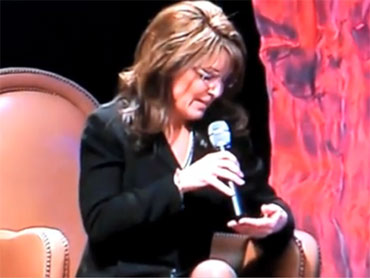 Till he picked the GILF, and Alaska Palin was unleashed on the country. People forgot about Bush very quickly. Just like she forgot "tax cuts" was an important thing to throw into her word salad.

Then it was Joe the Plumber, whose name is Samuel, and his occupation? Not plumbing.

John Boehner then jumped to the front of the line. He has a natural glow. He is a pretty emotional guy. Cries when he wants Congress to pass TARP, and then cries again two years later because they passed it.

Followed by Allen West. Has identified 73 communists so far.

It was Joe Walsh for a little while. He was voted Father of the Year by a good Christian organization after skipping on child support/alimony payments.

Ron Paul ascended to the throne as is customary for him to do so. He was awesome in Bruno.

Then it was Donald Trump because he went birther.

Followed by Minnesota Palin. Her husband is likely gay, and she is anti-gay.

Newt, PRESIDENT OF SPACE was next. His idea of a marriage involves one man and one woman. Until she falls sick.

Rick Perry then claimed the top spot. Forgot why he held up them fingers.

Herman Cain then reigned supreme for a while. Here he is holding a white baby. Also had a fascination with the number 9, and many former employees.  Female.

Till Santorum, the sperm-feces man bubbled up to the top spot.
Then he faded. It was God's will. He and his wife carried a dead fetus home so that his living kids could play with it. Also he is against abortion, except when his wife needed it. 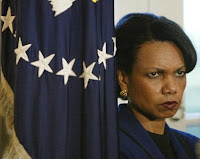 Condi Rice held the spot for 17 hours till Drudge could no longer hide the fact that she likes impulse abortions. She got out of the lying for Iraq war by letting Colin Powell be the black fall guy.

Now it is Paul Ryan. He voted for TARP, auto bailouts, the pre-Obama stimulus...the Tea Party loves him for that. Wait, what?


I protest this Worst Nightmare title being cheapened like that. I wish the wingnuts would choose one worst nightmare and stick with it.